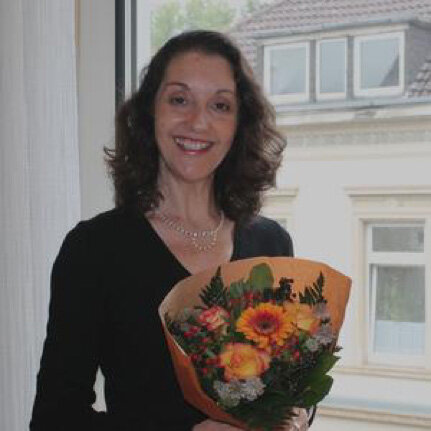 Claudia Bernardi is an internationally known artist who works in the fields of human rights and social justice. Born in Buenos Aires, Bernardi lived during a highly unstable time in the history of Argentina – a time of dictatorship and political unrest.

In 1984, a forensic anthropology team was established under the new democratically elected government in Argentina to supply evidence of violations of human rights carried out against civilian populations.

The team utilized the rigorous methods of traditional archaeology to examine, document, and publicly expose mass burial graves.  Returning to Argentina to work in collaboration with the Argentine Forensic Anthropology Team (EAAF) – a team that included her sister, Patricia, one of the founding members of EAAF Bernardi joined EAAF as a cartographer in investigations of human rights violations in El Salvador, Guatemala, and Ethiopia.

While transcribing the testimonies of families of the “disappeared” Bernardi realized the full impact  of how art could be used to educate, elucidate, and articulate the communal memories of survivors of human rights atrocities.

Bernardi was awarded in 2004 an Honorary Degree, Doctor of Fine Arts, Honoris Causa, by the College of Wooster, Ohio. Bernardi received an MFA from the National Institute of Fine Arts in Buenos Aires and an MA and her second MFA from the University of California at Berkeley. She has taught at the Universidad del Salvador, Colegio Nacional de Buenos Aires, California College of the Arts, Mills College, the San Francisco Art Institute, and the

University of Michigan at Ann Arbor.  She was a California Arts Council Artist-in-Residence from 1990-1993 and 1994-1995 for the Artist in the Community project directed to the population of political refugees and survivors of torture from Latin America and was an East Bay Community Foundation Art Project Artist-in-Residence in 1993-1994.

She has exhibited her work both nationally and internationally, amongst many venues it can be highlighted: The International World Peace Center in Hiroshima, The Centre for Building Peace, Donegal, Northern Ireland; DAH Teatar in Belgrade, Serbia and Montenegro; The University of Haifa, Israel, the San Francisco Art Commission Gallery, MACLA, Center for Latin American Studies at UC Berkeley, Thatcher Gallery at University of San Francisco, Artist’s Forum, Palo Alto Art Center, Carl Gorman Museum at U.C. Davis, Tucson Museum and Scottsdale Museum of Contemporary Art.

Bernardi is the creator and director of the School of Art and Open Studio of Perquin in Morazán, Northern El Salvador, serving children, youth, adults, and the elderly. The approach of this unprecedented art initiative is rooted in the partnership created between art, artists and local institutions and NGOs. The art projects are designed and created in response to the demands, hopes and desires of the members of the community.

Bernardi is a Professor of Community Arts, Diversity Studies and taught in Visual and Critical Studies Graduate Program at the California College of the Arts in San Francisco and Oakland. For over a decade Bernardi was an Artist in Residence at Mary Baldwin University in Virginia. In 2022, Bernardi was invited as an Artist in Residence at Las Maestras Center at the University of California in Santa Barbara.