October 31, 2008, Halloween day in the US and I am finding myself in one of those rare moments in which I am not thinking about the ten more things that I need to complete in the coming half an hour.

Report # 10, should have been written long ago, and I apologize for the delay to those who are constant supporters of our school and who are always curious and alert about our work in Perquin and beyond.

2008, has been a year of reaffirmation and expansion. The most remarkable aspect of this third year of the School of Art and Open Studio of Perquin is that we have created Walls of Hope-CANADA and Walls of Hope-GUATEMALA. Both projects have in common the “Perquin model” as a lay out of methodology in the arts, of community activism and as a postulation of projects that could and probably would expand from these early initiatives.

In the same way that we have expanded outside El Salvador, we have also expanded in Perquin and within the nearby communities.

I would like to start with the most current project in Perquin:

Mural Project created by the Elderly from Perquin

In a recent email, America Argentina Vaquerano ( Dina) and Claudia Verenice Flores Escolero told me that they had had the second meeting with the abuelitos y abuelitos

It was very beautiful because there was an elderly lady who came with her year old granddaughter at 12 noon when the meeting was scheduled at 1:00 pm; she brought her sketches some of which had been made by her grandchildren. Some of the ladies brought tablecloths and embroideries because that is what they used to do many years ago, they were like moved and eager children and so were we, feeling a great responsibility to carry on this project well.

They say that the wall is too small for all that they want to paint. There were some sketches that were as if made by an architect!

Some of they said hat there were less houses ad some of them said the opposite, that there were more houses than today. But we did reach an agreement: we will compile the sketches of the different drawings that they make and they will decide upon the selected sketches.

We want to collect the memories of the abuelitos / abuelitas in order to share that with the children, to see what the children interpret through the drawings. In this period of so much technology, it is a fact that we are losing the oral tradition between the elderly, the parents and the children, we would like that this project

Will serve to come back to sharing memories of the past to understand the present and to have the elderly tell their stories to the grandchildren.

The mural that the abuelitos y abuelitas will paint in this month of November is located at the very entrance of the town of Perquin. It will be, indeed, welcoming to everyone who arrives and visits the communities of the North of Morazan.

Given their commitment, their enthusiasm and their observation that, perhaps, this wall is too small, we can imagine that this may be project #1, in along series of projects.

The mural, as Dina says, will serve as an art project as well as a way to re focus on the many stories that the elderly of Perquin have that have not been told, or have not been yet shared with the youth and children.

February an August in Guatemala:

Last year in February we were invited by ECAP ( Equipo Comunitario de Asistencia Psicosocial)  to work with survivors of massacres from Ixil, Ixcan, Chajul, Nebaj, Chimaltenango, Rabinal . (Please, see enclosed article: “The Brush is Like a Candle”)

This project culminating in a large scale mural painted collaboratively by most than 30 people, left a profound ark in all of us and a sense of awareness of the impact of art as a tool to collect and preserve the historic memory of communities that have suffered violations of human rights and state terror.

Our compañeros y compañeras de ECAP saw in the work of art a monumental new tool to relate to the victims. They invited us to return in February of this year to create a new mural where the participating artists would be the psychosocial workers, therapists, human rights activists in collaboration with a group of survivors of massacres that are now working with ECAP as “Promotores de Salud Mental”/ Keepers of Mental Health. The outcome of this project is recorded in the enclosed and attached article: “Tapestry of History”.

In August of 2008, ECAP invited us again to work with 30 indigenous women survivors of sexual violence during the armed conflict. This time, Claudia Vernice Flores Escolero, Rosa del Carmen and I were accompanied by Rigoberto Rodriguez Martinez, and that presented an initial challenge to the group, since most of these women have not been accostumed to work with a the presence of a man.

We arrived to Guatemala City early in August and that same day we travel to the Northern part of the country, to Huehuetenango, in the limit with Mexico. In fact, from where we were we could see the mountain range of the Cuchumatanes that divide Guatemala from Mexico.

We arrived on Sunday; we started the mural on Monday. The women came from very far regions of Huehuetenango and beyond bringing terrible stories of their pasts. They spoke Mam, Kaktchikel, Achy, and Canjobal. They brought with them their interpreters who were wonderful and diligent to translate each and all of the many important conversations we had previous to the creation of the mural. Some of the women brought their children, who were respectful, adorable and totally immersed in the creative process.

The first day was of presentations, of sharing ideas of why we all were there, why had we been congregated. With no hesitation, these women dressed in beautiful garments and with a history of activism and courage were willing and able to narrate some of the terrible episodes that have marked them and their communities during the armed conflict. I was unable to calculate the enormity of the pain and the magnitude of the courage of these women.

In sharing our personal stories, Rigoberto, who is always reserved and not prompt to conversation was able to share his personal story of desolation, his two little brothers bombed in a refugee camp, his older brother killed in combat, his mother and grandmother so painfully wounded by all this and so marked by fear that have not gone our of their house for years

This opening of Rigo’s heart made possible a connection to the women, who saw in him, not a “male” but a son, a brother, a partner. One of the women, Jacinta, raped at the age of 15, had not left her house for years and the learning that the same fear that she had affected Rigo’s mother, made Jacinta willing to share with us her own story of violence:

She was at the church when the army came to her community. All the women were placed together in the church while the men were killed outside. She was taken in a group with five other young women. Because Jacinta’s skin is fair, she was left for rape the last, as “desert”. 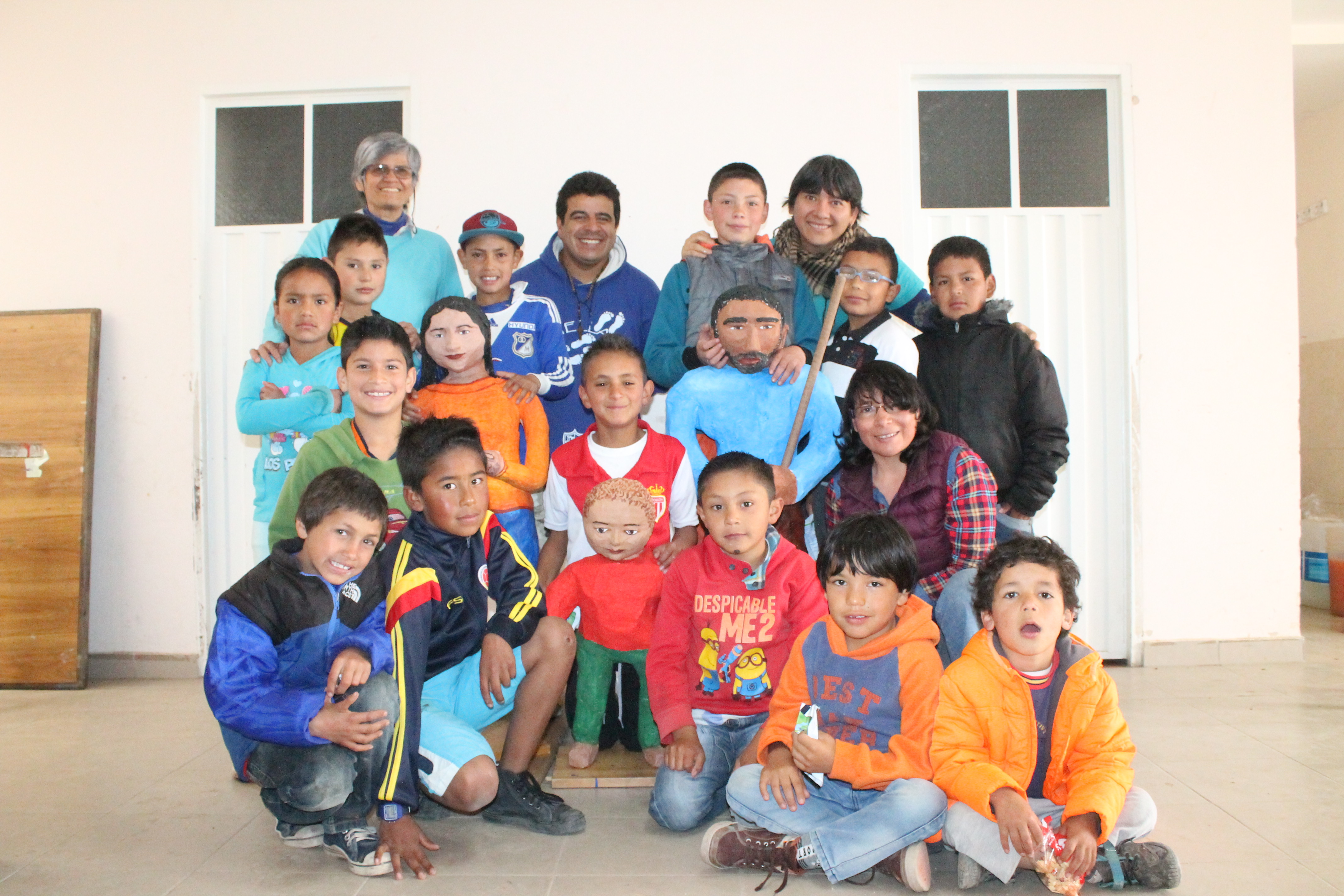 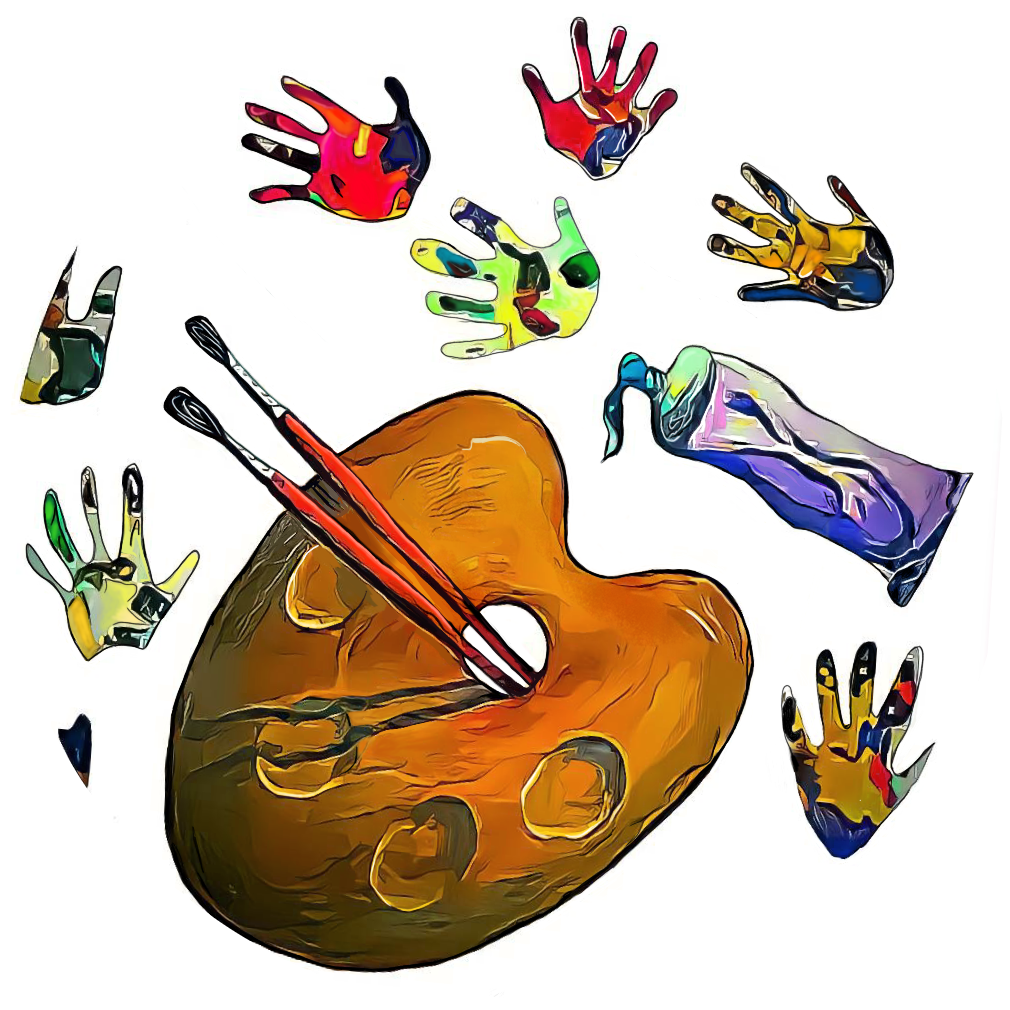 The first statement of this Report # 9 will be that the School of Art and Open Studio of Perquin celebrated its second birthday on March 2007 and we are now transiting the third year of art in Morazán, always with new challenges, some easier to go through than others but, the school is alive, it is expanding and like a healthy baby, it is starting to give the first steps in many new directions in Morazan and beyond El Salvador.

The first statement of this Report # 9 will be that the School of Art and Open Studio of Perquin celebrated its second birthday on March 2007 and we are now transiting the third year of art in Morazán, always with new challenges, some easier to go through than others but, the school is alive, it is expanding and like a healthy baby, it is starting to give the first steps in many new directions in Morazan and beyond El Salvador. 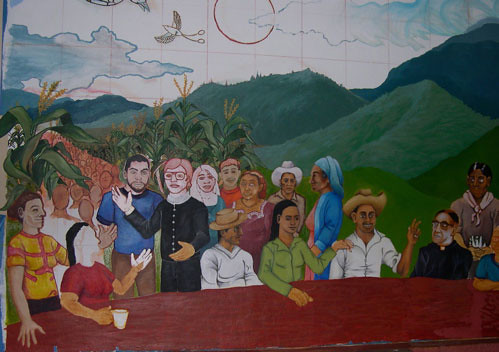 The Park project:
This public art project located at the very heart of Perquin, “el parque”/ the park conveyed the re-building/ re-covering of the the main plaza, located directly in the heart of Perquin facing the Major’s office and the Church. The recuperation of the two existing murals of the park was followed by the ambitious project of urban planning.

The Park project:
This public art project located at the very heart of Perquin, “el parque”/ the park conveyed the re-building/ re-covering of the the main plaza, located directly in the heart of Perquin facing the Major’s office and the Church. The recuperation of the two existing murals of the park was followed by the ambitious project of urban planning. 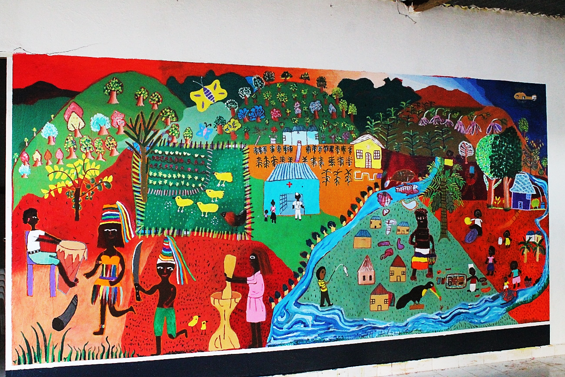 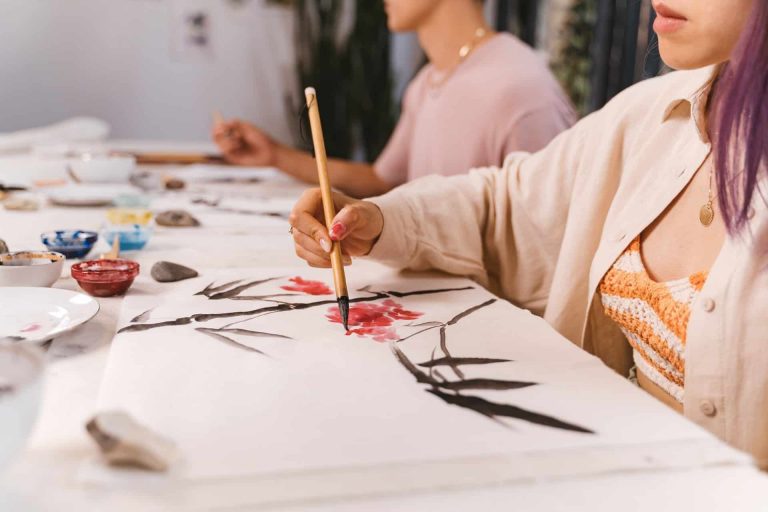 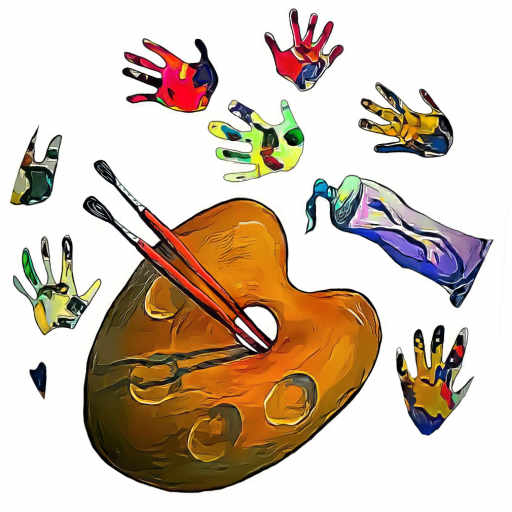